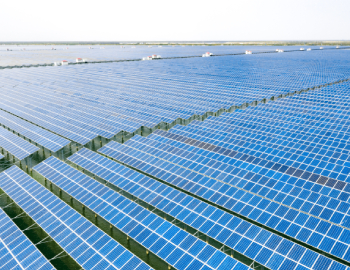 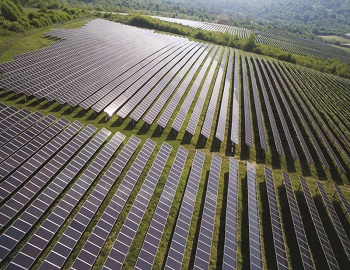 As governments worldwide push for renewable energy power sources in a bid to reduce reliance on traditional fossil fuel programs such as the Large Scale Solar in Malaysia have been introduced. This is where PESTECH comes in with its diverse team of experts in a multitude of fields to present the ideal solutions to clients.

Some of the most common types of large scale solar farm:

Ground mounted solar farms are the traditional (and currently most common) type of solar farms. These involve installing the solar farm in regions with good irradiance. Farms can use fixed racks or automated tracker systems which points the PV modules perpendicular to the sun throughout. Although most of the times solar farms are installed on flatland, there are other times when hills/elevated terrain are used (especially when flatland is unavailable).

Due to the rise in land pricing some developers have opted to design floating solar farms especially on water bodies that do not have economic purposes (such as ex-mining lakes). Since the price of per square area of these water bodies are cheaper than land it helps push down the LCOE. Floating solar farms can be installed on lakes caused by dams as well. Since the water area covered by the PV modules effectively provide a shade over the water surface, this becomes a means to reduce water evaporation. This can be crucial in places that suffer frequently from droughts.

The vast majority of key industry players at the moment do not operate in regions which have frequent lightning strikes; the opposite is true. In face Malaysia has one of the highest frequencies of lightning strikes in the world. This puts PESTECH at the forefront as being a leader in lightning protection system design. PESTECH has the expertise and experience in designing adequate lightning protection to ensure the overall wellbeing of the solar farm to prevent costly asset damage and downtime.