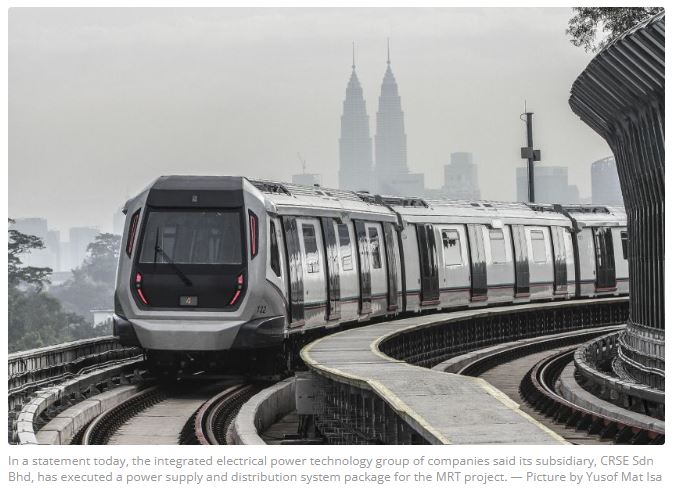 In a statement today, the integrated electrical power technology group of companies said its subsidiary, CRSE Sdn Bhd, has executed a power supply and distribution system package for the MRT project.

As such, the MACC has called upon CRSE, as one of the main contractors involved in the project, to assist in the investigation, of which PESTECH said its subsidiary had rendered its full assistance.

“PESTECH subscribes to the highest standards of corporate governance and anti-corruption in every aspect within its organisation, and impresses onto the company’s employees at all levels to have consciousness against corruption in all forms,

“Corresponding to our pledge, PESTECH is committed to continuously providing its unwavering assistance to the MACC for an effective and conclusive investigation process,” the statement said.

Last month, it was reported that three directors and two former directors of an engineering firm had been detained by the MACC to assist in an alleged corruption case worth over RM650 million related to the MRT project.

The case is being investigated under Section 16 of the MACC Act for soliciting and accepting bribes. — Bernama