It is time to shop. Economic woes provide good pickings for investors if they know where to look

The poem If, written by English Nobel laureate poet and novelist Rudyard Kipling for his son circa 1895, is widely perceived as fatherly advice for John who would sooner contemplate a harsh world.

The prose itself, experts say, is likely inspired by the plight of Kipling’s friend Leander Starr Jameson who failed to overthrow the Boer government in then-Dutch ruled South Africa.

Some hundred and twenty years later, the poem still holds sway as maverick investment guru Warren Buffett slips it into the folds of his annual message to shareholders of his Berkshire Hathaway holding company in 2018.

In it, he speaks about seizing the opportunity to invest during economic crises, using the poem to drive through the message to investors to be patient and trust their instincts.

Ten years prior, at the height of the 2008 financial crisis, he wrote in The New York Times that “bad news is an investor’s best friend”.

Buffett’s financial ideologies may have rebuffed many over the years but his firm optimism in downturns harks back to some of his sound investments that put his net worth at $72 billion, according to Forbes’ estimates in May this year.

But even as his investment vehicle, Berkshire Hathaway, took a beating in the global pandemic, losing nearly $50 billion in the first quarter of this year, it continued to plough in money around the world, not least $6 billion in five Japanese corporate giants.

Closer to home, a silver lining sizzles in the aggrieved economic horizon, but it would take bold investors to optimise the opportunities.

In the last five months, as Cambodia’s economy plunged with the annihilation of key industries – tourism and garment manufacturing – two companies went ahead to list their initial public offerings (IPOs) on the Main Board of the Cambodia Securities Exchange (CSX).

Malaysian-owned power infrastructure unit Pestech (Cambodia) Plc (PCL) knew what it was setting itself up against, when it decided to go public on August 12, smack in the middle of the pandemic.

Paul Lim, the CEO and executive director of Kuala Lumpur-listed parent company Pestech International Berhad, was quoted by The Edge (Malaysia) as saying that the IPO was not aimed at raising funds, rather it was to grow its engineering, procurement and construction profile in Cambodia, Myanmar and Vietnam.

The move spoke volumes to investors that even as the going got tough, the tough should keep going, something Buffett would have agreed.

Of course, the company was equally thankful that the debt it was carrying had been transformed into cash-generating assets, following the receipt of commercial operation dates for both its power structures in the first quarter of 2020, The Edge wrote.

“The listing [was] not conditional upon the overall macroeconomic development. We embarked on it in line with [the] aspiration [of] building a Cambodian power infrastructure public company that would serve the [Indochina] region,” he told The Post via text.

Inevitably, both PCL and homegrown Acleda Bank Plc, which listed on May 25, propelled the exchange’s total market capitalisation by 256 per cent between January and September 22, 2020 (year-to-date) to $2.5 billion versus $701 million for the same period in 2019.

The present market capitalisation is the highest since CSX’s inception in 2012.

In contrast, though, total capital raised in the first nine months of the year was $82 million, which is half of $161 million in the corresponding period in 2019.

The stark disparity is partially due to the deferment of a few listings due to Covid-19 which are likely to come through next year, said CSX chief operations officer Ha Jong-veon.

Having said that, he stressed that unlike other index in the region, Covid-19 did not have a considerable impact on the bourse.

“Although several [counters] fell during the peak of the pandemic, it did not take long for them to bounce back, with the exception of PAS [Port Autonome de Sihanoukville], whose share price dropped 40 per cent year-to-date [YTD],” he said.

A majority of the share prices went up in the second quarter, partly attributable to a rise in the demand of stocks such as Phnom Penh Water Supply Authority, Phnom Penh Autonomous Port and Acleda because of their strong financials in the pandemic.

“Most of these stocks managed to maintain its price-to-earnings ratio [as] at pre-pandemic levels,” Ha said.

The difference is a result of several large transactions through negotiated trade methods in the first half of last year. 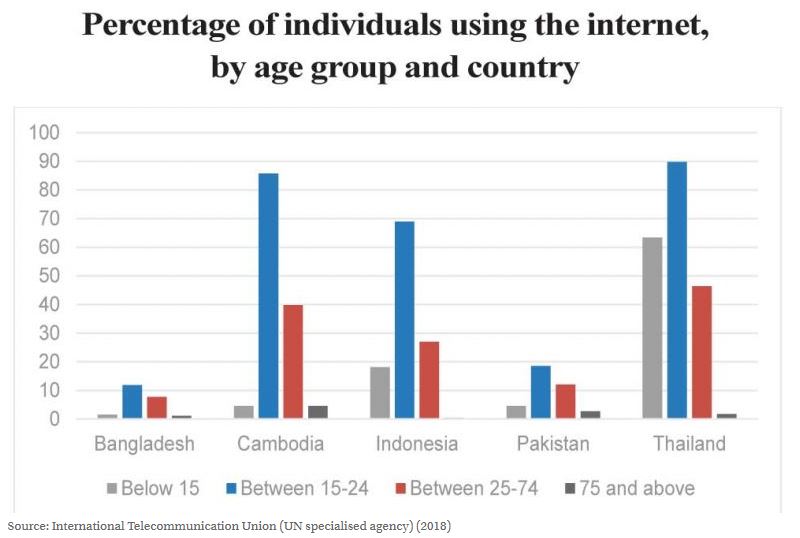 In any case, the index remains attractive to investors such as cash-rich companies or individuals who are shielded from the effect of the pandemic.

At the same time, the bond market has been an attractive alternative for corporations in Cambodia, especially financial institutions to raise funds.

All the corporate bond listings consist of commercial banks and microfinance institutions which have set coupon rates between 5.5 per cent and nine per cent annually.

However, the nature of the market is not liquid.

“To date, only Advance Bank of Asia Ltd’s retail bond was traded in June,” Ha said, adding that the second phase of the Phnom Penh Commercial Bank’s corporate bonds is slated for listing on October 9.

On a broader scale, the effect of the pandemic has opened up opportunities for corporate growth via mergers, acquisitions or shareholdings, as business valuations dip on the back of a strained economic landscape.

To be sure, valuations in most industries have dropped considerably, save for tech, food production, and finance but the hospitality, aviation, and real estate sectors are the main casualties.

“There is little hope that tourism will return until possibly mid next year and even then at a fraction of normality. Valuations will likely remain severely depressed in this sector for years to come,” said Cambodia Investment Management Co Ltd CEO Anthony Galliano.

Official data states that Cambodia’s gross domestic product (GDP) growth is projected to fall to -1.9 per cent this year although analysts have forecast further contraction.

Widespread revenue losses in key industrial sectors including garment manufacturing, tourism and real estate have resulted in major cutbacks on employment and salaries.

Core inflation rose to 3.2 per cent in June as hundreds of thousands remain jobless or survive on smaller wage packets.

Up to July, some 400 garment and footwear factories had suspended operations, leaving 150,000 people without jobs as orders from the West and imported raw materials dropped.

Adding to that is the closure of nearly 170 businesses including hotels in the tourism sector where some 17,000 workers became unemployed.

To mitigate the situation, the government doled out cash to the workers and poor households, approved tax relief measures for affected businesses while financial institutions were instructed to restructure loans.

All eyes on tech

Despite the current economic climate, David Van, senior associate of Platform Impact Co Ltd, a public-private partnership, acknowledged that opportunities lie in any crisis but one would need to conduct due diligence and pick promising sectors.

“It may be inevitable for corporate valuation to drop worldwide due to acute loss of revenues [because of] lockdowns globally but those who could reposition themselves to different business models or diversify products or services would surely come out ahead of the ill-prepared pack,” he said.

Analysts point to tech start-ups and its related sectors, as well as agriculture, which has been least hit by the pandemic, as areas that might whet the appetite of private equity firms and venture capitalists.

The disruptive effect of technology is felt in almost any sector, and the financial sector is at an advantageous position, given the shift to remote working lifestyle and increased demand in digital payment for online food purchases and other forms of online shopping in present conditions. 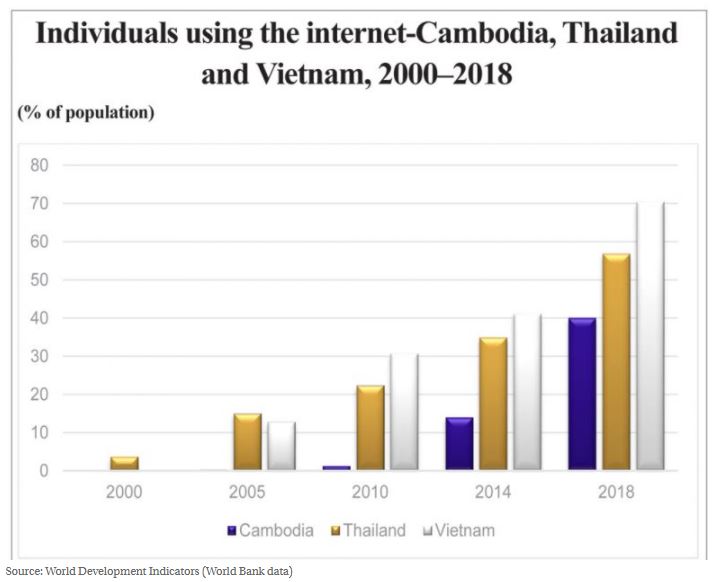 “Undoubtedly, it is a crucial time for financial service providers to venture into financial technology, as there is a lot more room to grow in this sector,” Ha said.

The tech sector’s potential growth is reflected by the numerous digital platforms that have been set up in Cambodia and run cross-sector such as food, clothing, finance, and travel.

In fact, a study borne out of a Ministry of Economy and Finance workshop last year revealed that there are some 50,000 tech talents working in Cambodia’s formal sector along with 300 digital startups.

The same was mentioned for the tourism and manufacturing sectors which could end up being highly vulnerable unless it embraces innovation and digitalisation more fully.

“The Kingdom still has a relatively undeveloped tech market. Although Cambodia’s youths are perceived as tech-savvy, there is significant scope for growth,” said Galliano.

The business community, on the other hand, continually embraces technology solutions and is less reliant on an inexpensive labour pool while seeking to improve productivity, corporate governance, and management information.

Similarly, the public sector is catching up with technological advancement where digitalisation has been put in place with the online business registration system and e-filing, and major market tech upgrades whereas the financial sector is a prime private sector tech vanguard, he said.

Interest and investments have piqued in recent years for the development of software or portal, platform and applications in the areas of fintech and e-commerce.

“There has been a definite increase in tech [investments] although [there are] no hard numbers,” said Galliano, whose firm has assisted foreign tech investors to register their business in Cambodia.

For ride-hailing app TADA, owned by South Korea-based MVLLabs Pte Ltd, the downturn is no damper to their plans. In May, it rolled out its delivery service as part of its vision to create a fair mobility ecosystem.

“It has always been our plan to drive this expansion. While the pandemic somewhat slowed us down, it also presented a unique opportunity to be ahead of the market,” said MVL TADA Cambodia Co Ltd general manager Poly Chim.

This falls in line with his idea that startups would remain at the forefront of investors’ consideration but determining the valuation in current circumstances was a “little too subjective”.

“I believe a promising start-up with great team and execution would be able to maintain its value, based on investors’ eyes,” Chim said.

In the meantime, a prolonged depression is likely to force some consolidations such as those in the tourism and real estate sectors.

Quoting expert estimates, Van opined that mass tourism would not return to the pre-Covid-19 volume till 2024. 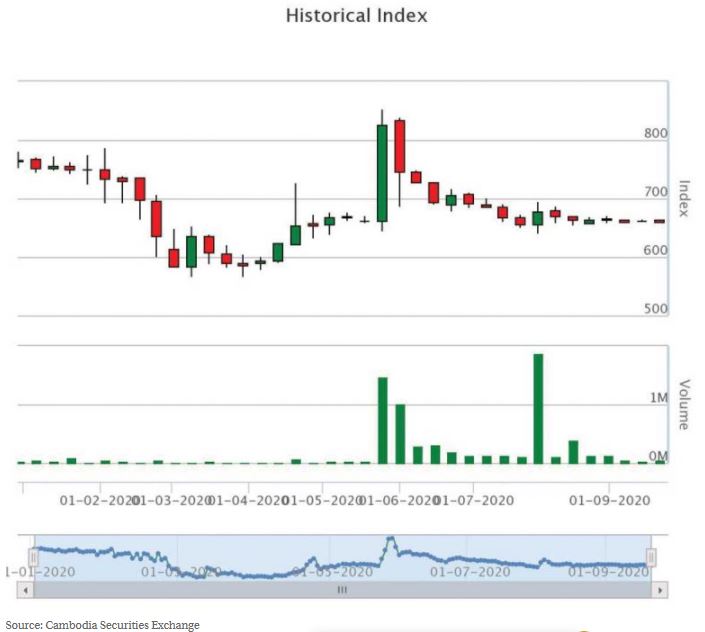 He also expects the pandemic will instil forced mobility in remote working, like home-based work. Such a format is already practised by multinational corporations, particularly tech-related firms where staff are recruited overseas and allowed to work from home.

“The need for big office space has been rapidly trimmed and fear of Covid-19 has compelled companies to spread out the workload to their staff working from home, including consumers opting to purchase more online [which is prompting] a sudden leapfrog for e-Commerce related businesses,” Van said.

In the midst of all this though, the real estate sector would remain enticing to investors, although the timing and current predicaments are of the essence.

“It depends on when investors estimate the market would hit rock bottom before it inches back up.

“The Cambodian real estate market price has not reached there yet [when seen together with the partial loss of] the EBA scheme, Covid-19 and implications from the recent US sanctions [relating to Chinese investments],” he said.

Owing to that, he asserted that focus should be on the largely untapped sector of affordable housing but it should feature a “truly inclusive and sustainable model”, which has yet to be developed in Cambodia.

So it remains to be seen how investors will conduct themselves in current conditions. The market is ripe for the picking, particularly for those with dry powder, a sound judgement, great long-term vision and a healthy risk appetite.